Rally For A Two-State Solution

Last weekend I took part in a polarizing protest.

This is a bloody mess, and pointing fingers will only breed hysteria. The blame game needs to end and we must lay the groundwork for a new era in Israeli/Palestinian relations.

This needs to start at home. By educating ourselves thoroughly and logically.

Avoid the media. Apparently, their responsibility to share unbiased news is far less important than swaying viewers for greater profit. They perpetuate half-truths and hype, lacking humanity and self-respect.

Drop the religions, the preconceptions. Look to the facts. Be rational and calm. Forget Israel, forget Palestine. Forget all emotion you’ve invested in this conflict and read the history of these two nations independent from what you’ve been told your whole life. Start from the beginning and formulate your own conclusion. Because, I promise you, it won’t be that which Fox news is screaming in their own brand of terrorism.

I condemn them. Fox News, Israel, Hamas. Way to perpetuate violence. “Eye for an eye”, how Babylonian. (That’s so 1772… BCE) Real progressive.We must look to the philosophies of Gandhi, of Mandela and others who overcame apartheid with astounding results by instigating a non-violent movement.

Wherever your allegiance lies, just remember that we can only get through this together. Right, left, Jew, Muslim, Christian, whatever–we need each other, and we have to acknowledge this with compassion.

Though I stand in support of a two-state solution I remain hand in hand with Palestine. 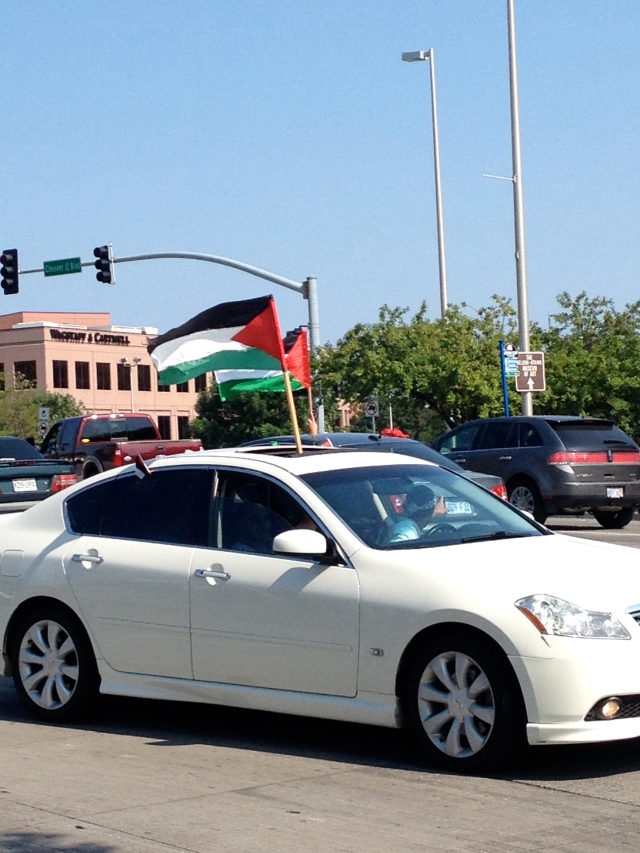 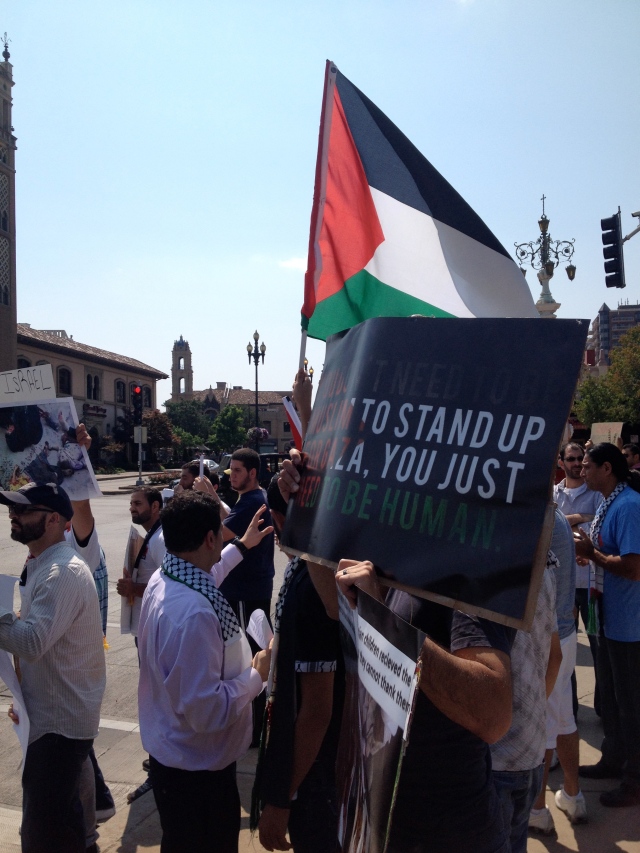 I wanted to wish all the Muslims out there a merry Eid al-Fitr. Sending good vibes your way, despite the major gastronomy-envy I’m feeling!

10 responses to “Rally For A Two-State Solution”