It’s safe to say that the visual arts have always been an extremely inspirational medium to me. This is especially true when it comes to Islamic Art. The heavy use of geometrical forms and the rhythm of mingling patterns that move in harmony with passages from the Quran.

Traditionally, many schools of Islamic thought have avoided the use of human figures in their artistic endeavors; Sharia law even forbids the use. Perhaps to keep ones practice of Islam clear and void of idolatry. The resulting style became known as Arabesque playing hugely on vegetal, geometric, and scriptural elements. And this only scratches the surface. Other schools of thought, inspired by the Chinese and Mongols, did, in fact include depictions of men and women at the time.

So it’s clear that, like many genres, Islamic art can’t be neatly defined and the pieces i’ve brought to the board today span many centuries and borders.

Now, before I digress once again, I present a powerful collection of Islamic art currently on display at the Nelson-Atkins Museum of Art here in Kansas City, Missouri. 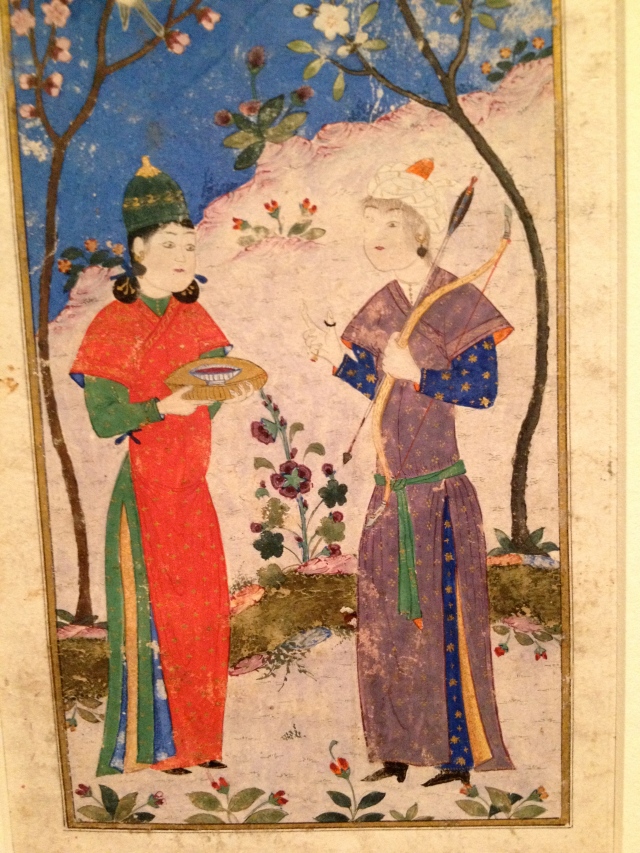 Opaque watercolor and gold on paper

Stories of Martyrdom (Women of Allah) 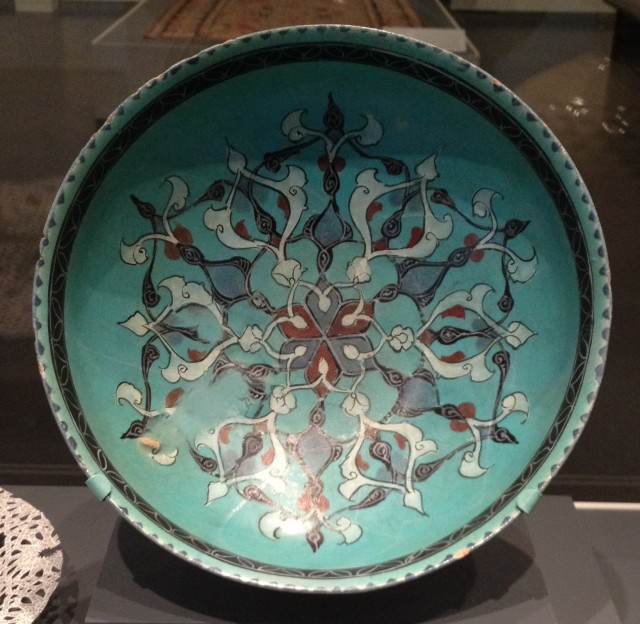 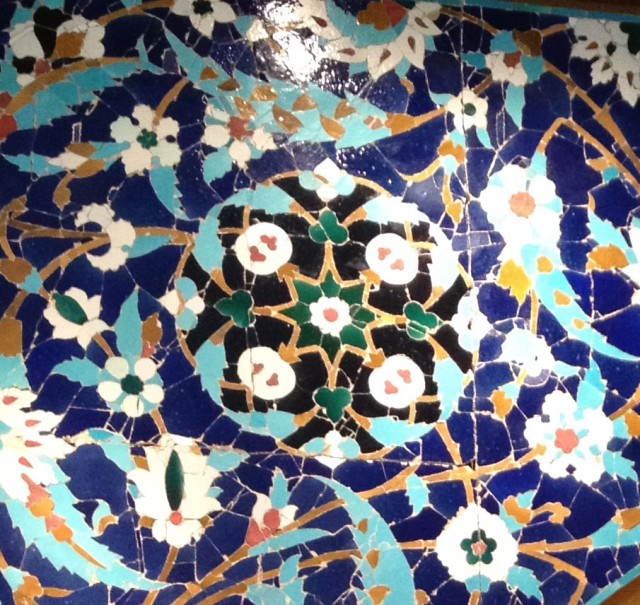 Detailed shot of Mosaic from an arched entrance portal known as an iwan.

The exhibit goes on to include textiles, more ceramics, and even a short animated film which plays on the colonial occupation of India. A great display of the wide variations in Islamic art through time and space.

So, I absolutely urge you to pay a visit to the Nelson-Atkins. That is… if you’re in Kansas City already!

11 responses to “Islamic Art: An Exhibit”